Spencer SiegelPartner
Spencer Siegel, the managing partner of Siegel & Siegel, presently focuses his practice on helping families with their Estate Planning, as well as Probate, and Trust Administration. In working with local families, he has discovered that many can benefit from a Revocable Living Trust as a part of their estate plan, but are unsure as to what that means, or how it can help. Spencer Siegel has written Wills, Revocable trusts, Irrevocable trusts, as well as various types of Business and Succession plans for family businesses. He can explain complicated estate planning concepts in simple terms and find solutions that make his clients the most secure and comfortable.
Spencer has been a trusted counselor for those grieving in their most trying times, and a resource for steady dependable legal advice. He is a personal lawyer for hard-working families and considers it a privilege to be allowed to be a part of their lives.
In the area of Commercial Real Estate, Spencer and Dara Siegel collaboratively with the Real Estate Transaction team at Siegel & Siegel assist investors in complex closings and financing transactions. Spencer is famous for telling clients “I make exciting transactions very boring because no one wants an exciting closing”.
Mr. Siegel is also an experienced trial attorney with over 24 years of experience assisting clients. He has appeared on network television shows including Good Morning America, The Today Show, Court TV, as well as on radio programs, and local news.
Spencer Siegel relocated to South Florida in 1986. He then attended the University of Miami and the University of South Florida before pursuing his juris doctorate at St. Thomas University School of Law where he graduated in 1994. Mr. Siegel is married to Dara. S. Siegel, also a partner in Siegel & Siegel and they have three children. Mr. Siegel is extremely active in community service. Having served as Chair of the City of Boca Raton Zoning Board of Adjustments for 11 years, Spencer is presently serving as a Planning Commissioner for Palm Beach County. Spencer is a past president of The Rotary Club of Boca Raton, A Paul Harris Fellow, and Fundraising/Scholarship Committee member. Spencer also presently serves as counsel for Congregation B’nai Israel in Boca Raton, coaches Little League, and is active in Scouting with his children. 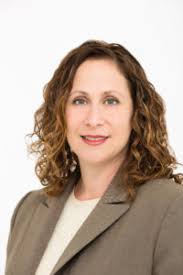 Dara SiegelPartner
Dara Siegel is a partner in the law firm Siegel & Siegel. She has been practicing law since 1995 when she was admitted to the State Bar of California. In 1997 she was admitted to the Hawaii Bar and then in 1998, she was admitted to the Florida Bar. She is also admitted as an attorney to the Federal Courts in each of those states. Her practice focuses on Commercial and Residential Real Estate Transactions and Title Insurance as well as representation and formation of community associations. Over the course of her career, Mrs. Siegel has closed thousands of loans and several hundred million dollars in real estate transactions. She is also a contributing member to her community and serves on several public and private boards including the Education Task Force for the City of Boca Raton. She is married to Spencer Siegel and together they are the proud parents of three children.